What is Luxembourg’s ambition for 2025?
To finance a sustainable future, putting qualitative growth,
innovation and stability at its core.

Words from Luxembourg's
Minister of Finance

Thanks to a high level of productivity, the Luxembourg financial centre is already today a model of qualitative growth: with only 12% of the national workforce, the financial centre directly generates around 30% of national GDP.

Since November 2015, when Luxembourg for Finance published its ambition paper LuxFin 2020, a lot has happened. At the time, the Brexit referendum in the UK was still half a year away, the landmark COP 21 was just about to start, and no one suspected that a US-China trade war would be on the horizon only a couple of years later. Importantly, no one could have predicted that a virus would bring most of the global economy to a partial standstill in 2020.

Adapting to a changing global environment, the Luxembourg financial centre has also evolved significantly since 2015:

Thanks to this continued growth and diversification over the past 5 years,
Luxembourg’s financial centre can rely on solid foundations to continue to develop and evolve in an international environment that has fundamentally changed since 2015.

This international environment is bound to change even more significantly over the next few years because of the Covid-19 pandemic and its fallout. While today it is difficult to predict the shape and length of the downturn and subsequent recovery, the crisis will have a long-lasting impact on many aspects of the daily lives of businesses and citizens; from global value chains to business travel, from consumer habits to remote working.

The financial sector, in Luxembourg and elsewhere, has come to play an important role in helping to overcome the current crisis, notably by providing liquidity through payment holidays and by providing credit, very often through statebacked loans, to businesses.

The sector will play an even more important role in the recovery: in the coming months, firms, both SMEs and larger corporates, will need new sources of sustainable investment beyond purely national borders.

Many of the financial sector’s key priorities and challenges for the future, be it sustainable finance or digitalisation, have however not changed. If anything, they have and will come to the fore with increased persistence when dealing with the fallout of the Covid-19 pandemic and better preparing the sector for future crises.

The current crisis will indeed accelerate a shift towards new, digital means of providing services to clients and of operating as a financial institution. It will also spur the demand for sustainable investments, both by private as well as institutional investors.

Luxembourg will spearhead these developments.

As outlined in the coalition agreement of 2018, the development of the financial centre, with a focus on digitalisation, sustainable finance and the alternative investment sector, is a key priority of the government. 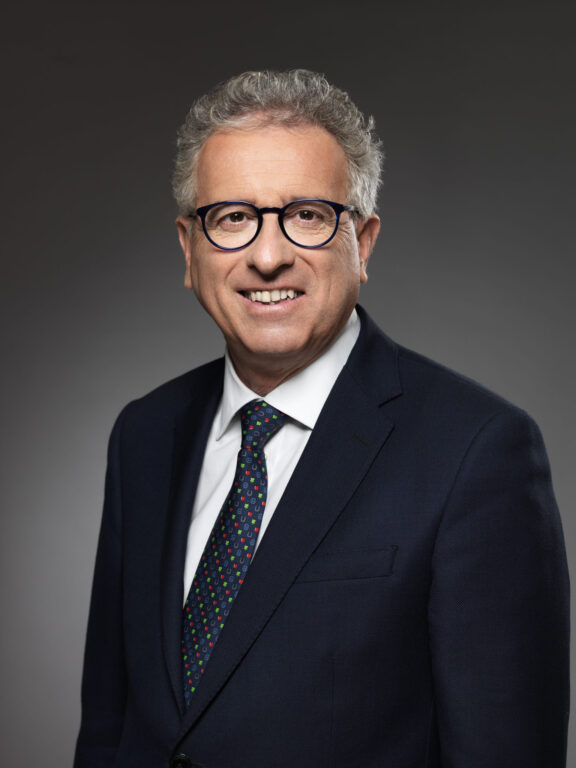 Get an overview of Luxembourg's ambitions for the next five years

fund centre in Europe and second globally after the US

The future development of Luxembourg’s financial industry is rooted in the success it has achieved over dedaces: openness to international trade and openness to financial and technological innovation

This publication aims to lay out a vision for the further development of a sustainable financial industry over the course of the coming five years. The Covid-19 crisis and its ripple effects will determine how business will fare, but we can still set the overall framework in which the financial services industry operates and the overall direction of travel.

Our definition of the future development of Luxembourg’s financial industry is rooted in the success it has achieved over decades: openness to international trade and openness to financial and technological innovation. Most important of all, Luxembourg has proven time and again its capacity and agility in adapting to new circumstances.

From a poor agrarian society in the 19th century, Luxembourg morphed into a major actor in the European steel industry, became home to the world’s largest satellite fleet operator and more recently still a pioneer in commercial space exploration.

In parallel it has developed into a leading European financial centre.

Since the 19th century, Luxembourg has built a history of success by leveraging the talents of its people, while being alert and responsive to the changing needs and demands of its European and global clients.

In 1928, the Luxembourg Stock Exchange was created, later playing a historic role in the development of the international debt markets when it listed the first ever Eurodollar bond in 1963, issued by Italy’s Autostrade.

While international banks have been present in Luxembourg since the 19th century, the real emergence of Luxembourg as a financial centre came about in the 1970s when banks, notably from the US, set up operations for multi-currency transactions, syndicated loans and Eurobond activities.

In the 1980s Luxembourg became a regional hub for wealth management and remains so to this day with its client base now extending from Europe to the Middle East and Latin America.

In 1988, Luxembourg was the first member of the then European Communities to implement a new framework for pan-European funds – UCITS (Undertakings in Collective Investments in Transferable Securities). No longer faced with the complexity and costs of having to set up separate local products for each individual market, major fund managers from the US and European countries started to launch cross-border investment funds from Luxembourg. This development nurtured a high level of expertise in asset servicing and a unique ecosystem of service providers, facilitating economies of scale. As a result, Luxembourg has significantly contributed to the creation of a truly global cross-border fund industry over the past three decades.

Today, fund administration and servicing are the anchor activities of Luxembourg’s financial industry. Many of the 127 international banks present in Luxembourg are serving the fund business by offering custodian, depositary banking and asset servicing activities. Assets under management in Luxembourg investment funds total 4.4 trillion euros (5 trillion dollars), making Luxembourg the number one fund centre in Europe and second globally only to the US. More than 400 fund promoters have set up some 3,800 funds in Luxembourg, which are being sold in 73 jurisdictions around the world, making Luxembourg funds the most widely accepted investment vehicle. 98 of the 100 largest European asset managers have Luxembourg funds. At the same time, Luxembourg has over the past years developed into a leading European hub for alternative investment funds.

While many banks in Luxembourg excel in fund services as well as wealth management, Luxembourg-based banks also serve European and international clients in other areas, such as corporate banking and treasury services, capital market operations and trade finance, etc.

Since the turn of the century, Luxembourg has been able to develop a significant payments cluster in Europe through the presence of giants like Paypal, Amazon Payments, Alipay, Rakuten and Six Payments. These companies serve their European customer base from Luxembourg. More generally, technology has been a driver in the development of the Luxembourg financial centre over the past few years.

While many Fintech firms, such as payment service providers, have decided to operate and serve European customers from Luxembourg, the financial centre itself provides an important client base as well as testing ground for Fintech firms to develop and market new solutions, notably in the area of Regtech.

In 2015, the COP21 Paris Agreement marked a turning point by unlocking the potential of green finance and underlining the need to scale up investments.Luxembourg has been at the forefront of this development, ranking among the top green financial centres in the world. The first green bond worldwide was listed in Luxembourg in 2007 by the European Investment Bank, and today the Luxembourg Green Exchange lists over half of the world’s green bonds. There has also been significant growth in responsible investment funds, where Luxembourg funds currently represent 31% of all such European funds. Luxembourg takes great pride in being a global leader in inclusive finance, with a 61% market share of global assets under management in microfinance investment vehicles.

Whether in traditional finance or in newer areas, such as Fintech or sustainable finance, Luxembourg’s real added value for financial institutions lies primarily in the multi-jurisdictional expertise available in the Grand Duchy. This also makes Luxembourg very much complementary to other European financial centres. Thanks to its history of economic openness and its multi-lingual and multi-cultural population, Luxembourg is uniquely positioned to offer firms the expertise and talent they need to help them serve clients in multiple markets.

As a result of Brexit financial firms had to relocate certain activities to alternative EU hubs in order to ensure they could continue to serve their EU clients. This development has underscored Luxembourg’s value proposition as a cross-border centre of excellence, a reputation built over decades in fund administration, banking, insurance and payments.

Their choices confirm Luxembourg’s role as one of the leading financial centres in Europe and their activities in Luxembourg in the future will further enrich the Duchy’s financial ecosystem.

The crisis generated by Covid-19 may have put the financial sector’s other major challenges in the shade but they have not been eliminated: Brexit and the future relationship between the EU and the UK remain an important and unresolved issue ; geopolitical tensions and trade wars will continue to rattle global markets; populism will remain a powerful force, playing on people’s fears and economic uncertainties. The prospect of persistently ultra-low interest rates will have a profound impact on savings and investments. The need to rethink how we finance our retirements will be even more urgent now that governments have significantly increased public debt in order to tackle the crisis.

It remains imperative that we further strengthen and modernise our ecosystem over the next five years to make it even more resilient and sustainable for the future.

How to find us