Climate change is arguably the biggest threat humanity is facing today. In order to limit global warming to well under two degrees, the modern economy needs to undergo some existential changes. The financial industry is playing an increasingly important role in the transition to a carbon-neutral economy.

For Nordea Asset Management (NAM) ESG is deeply rooted in their DNA. To learn more about their ESG fund range, LFF sat down with Paul Malpas, ESG Distribution Lead at NAM.

How is Nordea Asset Management addressing sustainability issues across the group?

Being Nordic, perhaps we are a bit ahead of the curve in terms of responsible investment and sustainability. For example, on the asset management side of the business, we have been doing sector screening since the late ’80s.

In 2007, Nordea were one of the first signatories to the UNPRI and in 2008 we launched our first responsible investing thematic fund. That was a global climate and environment fund, which incidentally, was the largest Article 9 fund in Europe at the end of 2021.

We set up our responsible investment team in 2009, which has grown significantly over time, and in 2011 we began managing our first dedicated ESG fund. Since then, we’ve built up a range of different funds in that space.

Across the wider Nordea Group I think it’s worth noting that the bank has also announced its senior management’s remuneration packages will be tied to sustainability goals.

What targets are connected with that?

There are three big picture goals for the Group as a whole.

One is green financing. The bank has said they want to direct 200 billion euros towards sustainable finance. They also want to double their share of net-zero-emissions-committed assets under management as part of our 2025 sustainability targets.

Then there’s implementing sustainability, which involves the asset management side of the business. We take underlying companies from all of the funds across the whole group and list them by emissions. The aim is to have 80% of the top 200 emitters in Nordea portfolios either aligned with the Paris Agreement or subject to active engagement on the topic.

The third target is gender balance. At a group level, we want the top three tiers of management to see at least 40% representation of both sexes. At the top level, there’s more work to be done. Second level, a little bit less. And the third level of management, actually, we’re getting close to that already.

We take underlying companies from all of the funds across the whole group and list them by emissions. The aim is to have 80% of the top 200 emitters in Nordea portfolios either aligned with the Paris Agreement or subject to active engagement on the topic.

What is your take on responsible, sustainable investment?

In terms of asset management, we have an RI filter that sits on top of the entire range of products. It looks at norms such as breaches in environmental protection and human rights, but also includes firms on our corporate level exclusion list. That includes companies that, for example, have a revenue share of more than 5% in Arctic drilling. Those companies, we would exclude, along with any companies that are involved in the production of things like chemical weapons or cluster munitions.

That said, we prefer not to exclude. We prefer to engage and try and change things for the better. The philosophy behind what we are doing revolves around engagement and this happens at a fund level. In total, we have about €270 billion in AUM, if we take the Sustainable Finance Disclosure Regulation (SFDR) categorisations, then you’ll find around 65% of our AuM sits in Article 8 or Article 9 funds.

We prefer to engage and try and change things for the better. The philosophy behind what we are doing revolves around engagement and this happens at a fund level.

What are the ESG STARS funds and how are they helping to finance a sustainable future?

These are our dedicated ESG funds. So why do we call them ESG STARS funds? Well, there are two reasons; firstly we think that companies and issuers who integrate both ESG and financial metrics into their strategic decisions will be tomorrow’s winners or “stars.” Secondly, that belief is integrated into our company analysis and process, so we have a three pronged investment approach addressing a strategic assessment, valuation and expectations gap analysis combined with the three pillars of ESG. So, by overlaying one on the other we end up with a star process.

If I had to summarise, I would say our ESG STARS funds are building blocks with a really solid ESG framework. All are SFDR Article 8 or 9 solutions, all have full ESG integration, all focus on active ownership and all contribute to net zero emissions.

How do you evaluate these companies in your portfolio?

The first thing to say is, we think that it’s vital to engage with companies to help them. We’ve built up our expertise over the years so we can help them to transition. That’s the most important thing, because we don’t think it’s good enough just to cherry pick the good companies. You could do that but you’re not changing anything. You’re not improving anything. That’s the difference between feeling good: “I’m investing in companies that are great,” and doing good.

In practical terms, we use a proprietary rating system where we categorise companies either A, B or C. C-rated companies are uninvestible. B are the ones where we see room for improvement—we’re engaging with them and they are moving in the right direction. A are the best-in-class.

Working on this, the ESG analysts sit together with the portfolio managers, but the managers have a veto. The system is dynamic too. Companies can be B-rated and drop to a C, or rise to an A.

We've built up our expertise over the years so we can help them to transition. That's the most important thing, because we don't think it's good enough just to cherry pick the good companies.

How do you arrive at that rating?

The analysts take external data. We use all of the major external providers including Sustainalytics, MSCI, S&P and so forth. That information gets fed into our database. We use the materiality map of SASB (Sustainability Accounting Standards Board) as a guideline to determine materiality, but we supplement it with our own insight into the workings of the company, and of course we look at whether companies are aligned to the UN SDGs.

We consider the dynamic picture as well. How have they been evolving? And then we combine that with our own analysis, at a company or government level. The responsible investment team will do desk research, but they’ll also do field research, visiting mining sites, or factories, or whatever it might be. That’s kind of unique.

Our proprietary ESG data platform, which covers more than 13,000 companies, totalling over 36,000 securities, aggregates information from multiple sources and supports both our investment- and ESG analysts.

Do you have some on-the-ground examples of success resulting from your sustainable investments? 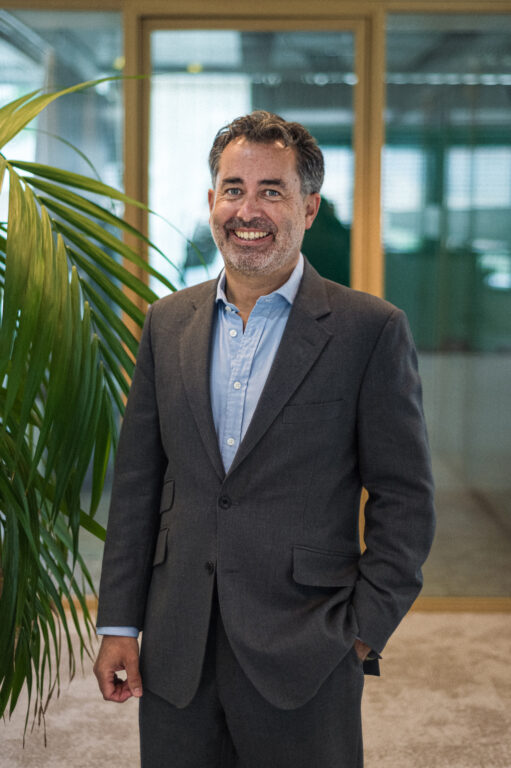 Last year… bearing in mind, this is COVID lockdown… we had 1,103 engagements. The year before, it was about a thousand engagements. Of that about a quarter is undertaken independently—Nordea going out and engaging—and the rest is in collaboration with other asset managers.

One example involved a company called Kerry, based in Ireland. They provide all-natural flavorings and enhancers for food. What they’re doing is super interesting in terms of the food chain. They’re definitely moving in the right direction, but ultimately this is agriculture and as soon you start talking about agriculture, you’re dealing with things like minimum wages, how the staff are treated, and so on. We’ve gone through an engagement process with Kerry, and we’ve seen a big improvement in the way they deal with their workforce.

Another engagement involved Samsung SDI, who produce the batteries for Samsung devices. There was a discussion around whether the cobalt they use in their production is sustainable. This was quite a long process, but as a result, Samsung SDI became a founding partner of the Responsible Cobalt Initiative, which says that all of the cobalt that they’re sourcing comes from sustainable mines, no child labour and so on. That was a big thing.

Another interesting one was a company called Verun Beverages. They’re Pepsi’s biggest bottler in India. We are engaging with them on water management because, as you can imagine, they use and draw on a lot of water. That engagement has already resulted in them actually doing more rain capture.

These are the sort of concrete things that we’re doing with companies in our portfolios.

Why did you choose Luxembourg?

Actually, the answer is twofold. Initially third-party fund distribution was born out of our private banking activities in Luxembourg, which in 1990 was under the Unibank name prior to the merger that created the Nordea Group in 2001. So back in the day, it was logical that we would register and administer the early funds from here.

More importantly though, there was a strategic review of the entire asset management offering, across all markets, after the creation of the Nordea Group. We made use of a very well know global consultancy group to produce recommendations as to where the platform of preference should be based for the new organisation, and Luxembourg came out on top.

There were a number of reasons for this decision including the strong UCTIS brand, the solid regulatory framework offered by the CSSF, the long-standing infrastructure for funds with auditors, lawyers, administrators, IT expertise, and of course the multilingual work force among others. There were lots of factors, but those were the major ones.

Responsible investing is set to become the new normal – bearing a huge investment potential. As an investor, you need to be aware of that and you need to invest accordingly.

How will sustainable investing evolve from where it is today?

2021 was a watershed year for ESG. The flow of capital into ESG funds last year was an all-time record high, reaching USD 650 billion globally. The prediction is that that ESG AuM will go up to USD 50 trillion by 2025. So we’ve seen a big shift. I think what’s become clear to us is that sustainable investing is not so much, “Why should I do it?” as, “Why wouldn’t I do it?” That’s where we’re at.

This presents opportunities as well, because capital will increasingly be directed towards companies that are ESG-friendly and that are taking sustainability seriously.  For a growing number of investors, it will not simply be a niche in a broader investment strategy, but instead ESG will be naturally integrated throughout their portfolio. Responsible investing is set to become the new normal – bearing a huge investment potential. As an investor, you need to be aware of that and you need to invest accordingly.